Since Emergent Vision Technologies introduced the world’s first award-winning 10 Gigabit Ethernet cameras nearly 10 years ago, there have only been me-too products introduced by other vendors. Since then Emergent has forged on with the release of its highly successful and award-winning 25 Gigabit BOLT series Ethernet cameras in 2018. Emergent is again forging ahead with the announcement of its 100 Gigabit Zenith series Ethernet cameras. Two models from the new Zenith series are now available; The 65 megapixel HZ-65000-G (GMAX3265), and the 103 megapixel HZ-100-G (GMAX32103) cameras.

Sony Pregius S sensors like the IMX530 and the latest advancements from Gpixel with its GMAX3265 and GSPRINT4521 are sensors, which demand the highest performance interfaces. Emergent’s BOLT HB-25000-SB 25 Gigabit Ethernet camera delivers maximum performance of the IMX530 sensor with 98 frames per second. 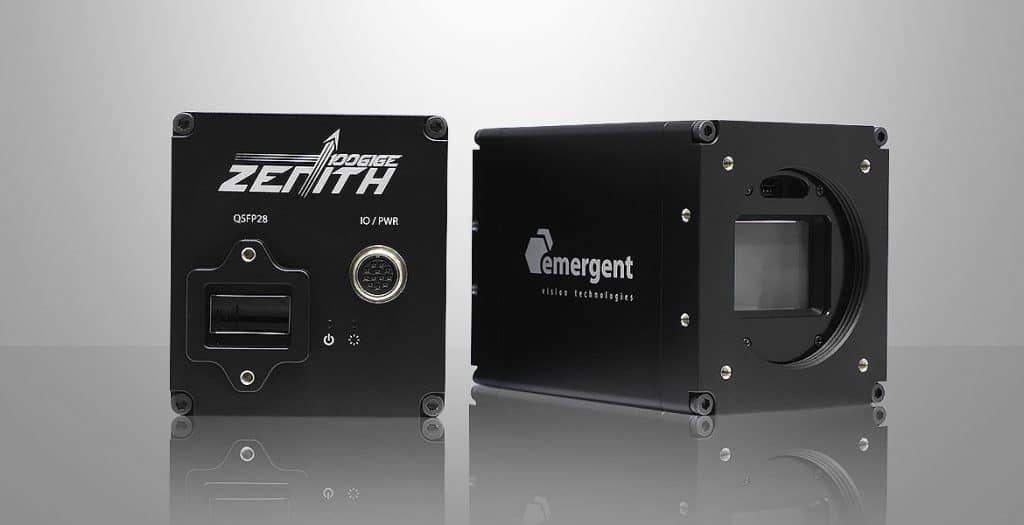 The brand new Zenith HZ-21000-G 100 Gigabit Ethernet camera (GSPRINT4521 sensor) delivers a mind-blowing 600 fps at the full 21 megapixel resolution. We will explore now what benefits these interfaces have over their competing solutions:

There is really no competition in this category. As with SFP+ (10G), and SFP28 (25G), QSFP28 (100G) provide very low-cost commodity transceiver parts that allow a single mode fiber run of 10km and beyond. Also, this same SMF fiber can be used in any speed application for easy forward and backward compatibility. The same cannot be said for the 10GBaseT Ethernet counterpart which, like CXP, is also cable length limited in addition to being very power hungry. It is worth noting that there will be no adoption of 25GBaseT and 40GBaseT for these very same reasons – cable length was to be limited to 30m and power consumption made PHY chip development impractical. This also will mean the death of POE which was already impractical for 10GBaseT.

Server Utilization can vary greatly for the different camera vendor solutions for Ethernet interfaces and the perfect implementation can only come with a solution which offloads Ethernet packet processing to the NIC. Many providers do not have such technology and they have frame drops running two 10 Gigabit Ethernet cameras on a single server.

Emergent has always provided a top performance solution to yield zero frame drops with as many as 16 cameras on a single server while streaming and saving to RAID. All the same performance enhancement technologies are equally present in Emergent’s offerings across 10G, 25G, and now 100G product lines. 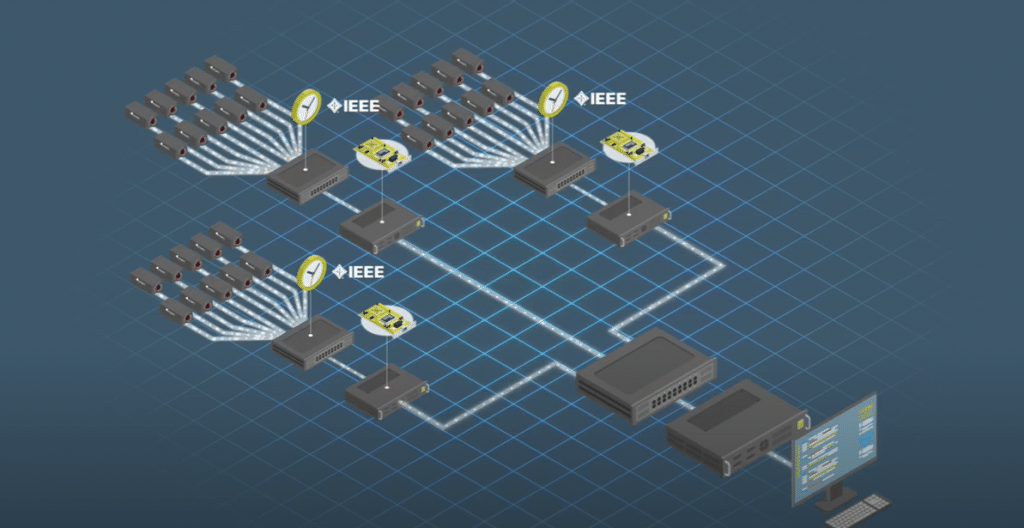 Multiple 10G or 25G cameras can be multiplexed by a switch onto a single 100G link and the switch can optionally provide PTP for micro-second synchronization accuracy. Such a switch can be procured for only a few thousand dollars. Cameras can naturally also be connected directly to the server where multiple port NICs also reduce the number of PCIe slots. All implementations can also be modified to allow for system redundancy for critical applications. Multicasting can also be employed for distributed processing architectures. The flexibility is endless.

Many applications record data and post-process to create results. Alternatives do exist for further processing should the application require it. Some implementations utilize GPU cards, which accompany the NIC in the same server and other implementations with higher processing requirements can employ FPGA cards by Bittware, which have 100% compatible interfaces such as SFP+, SFP28, and QSFP28 so all processing can be done on the same interface card and a low-cost server can be employed for simple book-keeping tasks. 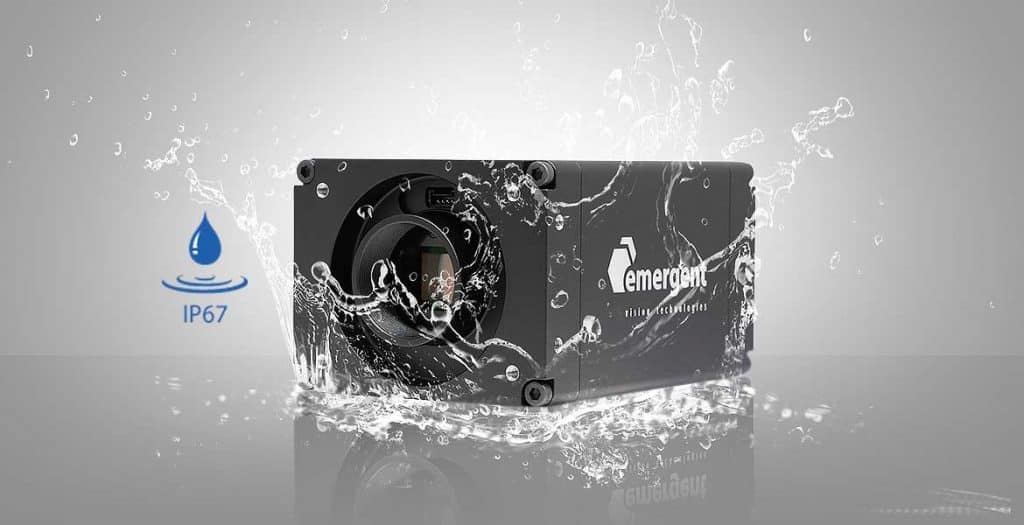 One would utilize Emergent SFP+, SFP28, and QSFP28 Ethernet cameras for the following reasons:

Emergent Vision Technologies was founded in 2007 in Vancouver, Canada. We are an award-winning company based on achievements such as:

We bring together over 40+ years of imaging experience ranging from life science, security and machine vision/industrial markets. We continue to be on the bleeding edge of new sensors and camera technologies to help fill our customers application needs.

In close collaboration with our global network of highly qualified partners and distributors, we offer individual consulting and support for your applications. Our online Knowledge Base provides various white papers, application notes and other resources to accelerate your system specification and development. Please contact us to find out what we can do for you!

Subscribe to our monthly newsletter to receive the latest product information, white papers and event news. We promise not to spam you and you can unsubscribe anytime.


New to Emergent? Top 3 Resources to Get You Started