A Brief History of Camera Technologies

Derived from Latin, Camera Obscura literally means “dark chamber”. Camera Obscura is an ancient technique that is used to project an image of the outside world through a small hole in a wall or a material. Even Aristotle used this technique to observe solar eclipse by projecting the sun’s image through a hole created using tree leaves. Over the centuries, the optical phenomenon behind Camera Obscura has led to the development of the camera that we know today.

1839 is regarded as the official birth year of a camera. The Daguerreotype camera was the first mass-marketed camera produced by Alphonse Giroux in 1839. Named after its inventor Louis Daguerre, the daguerreotype was a new process of permanently capturing photographic images on a plate. 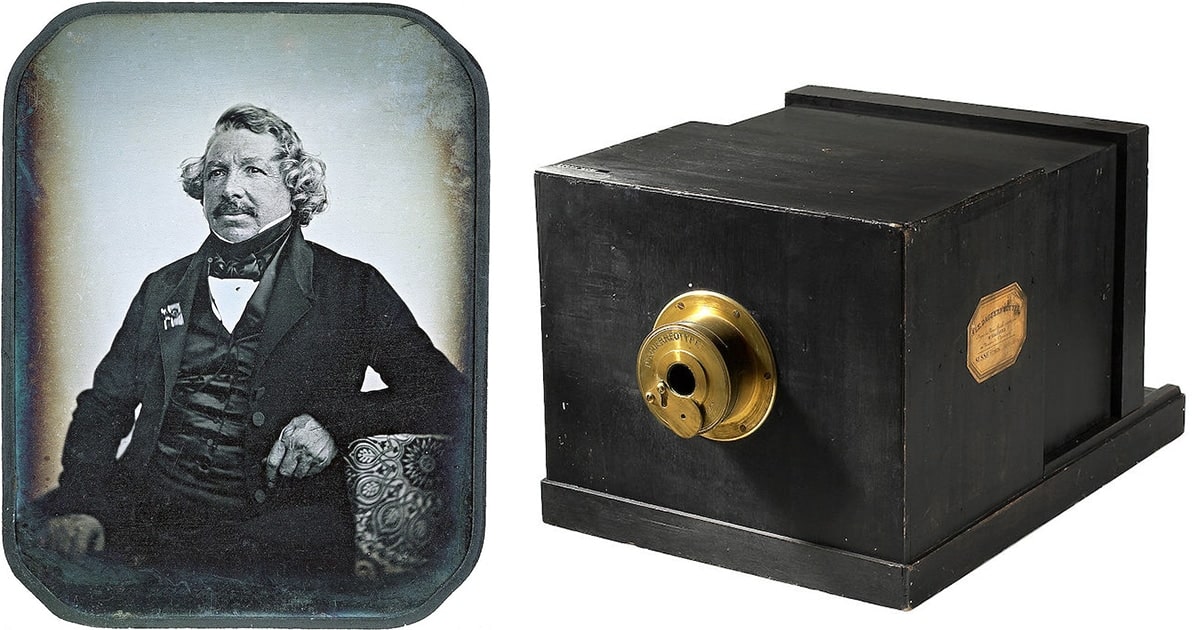 “The Kodak” was the first roll film camera created by American entrepreneur George Eastman in 1888 that used a single roll of paper to hold 100 pictures. The Kodak camera could capture negative pictures which were sharp like the daguerreotype camera. The film containing negative pictures would need to remain in the dark box and need to be sent to Eastman’s company for processing. 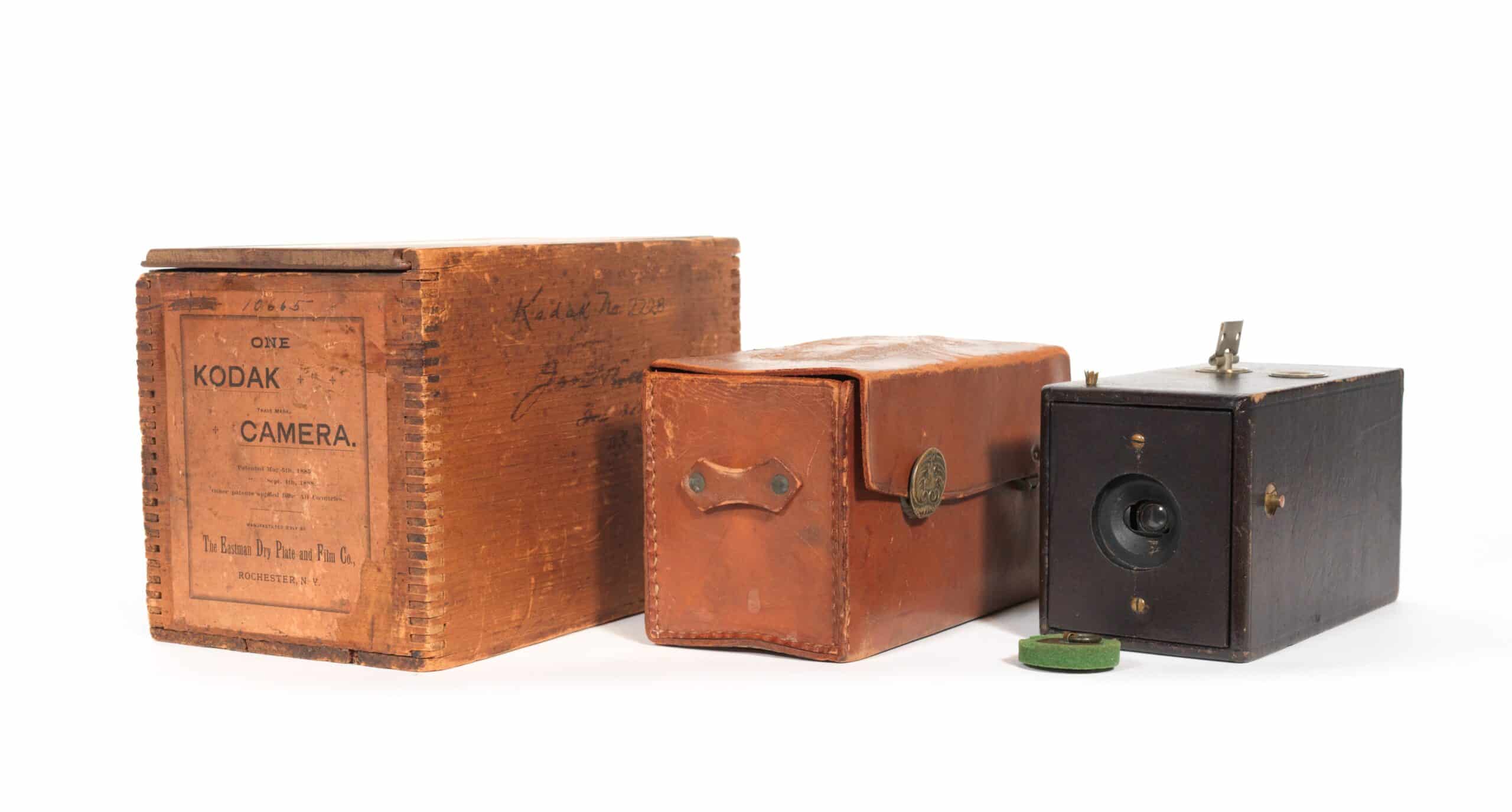 A Russian-born American, Vladimir Zworykin invented the first practical video tube camera Iconoscope in 1923 which was used to capture images for the transmission of television. Iconoscope was combined with a cathode-ray tube based receiver called Kinescope to form a complete television system. Orthicon tube, the successor of Iconoscope won a production contract from US Navy in 1944 and became the standard for American Broadcasting from 1946-68. Later in 1950s, RCA introduced Vidicon tube, a video camera tube design in which the target material was a photoconductor. NASA used Vidicon cameras on most of their unmanned deep space probes prior to the late 1970s. 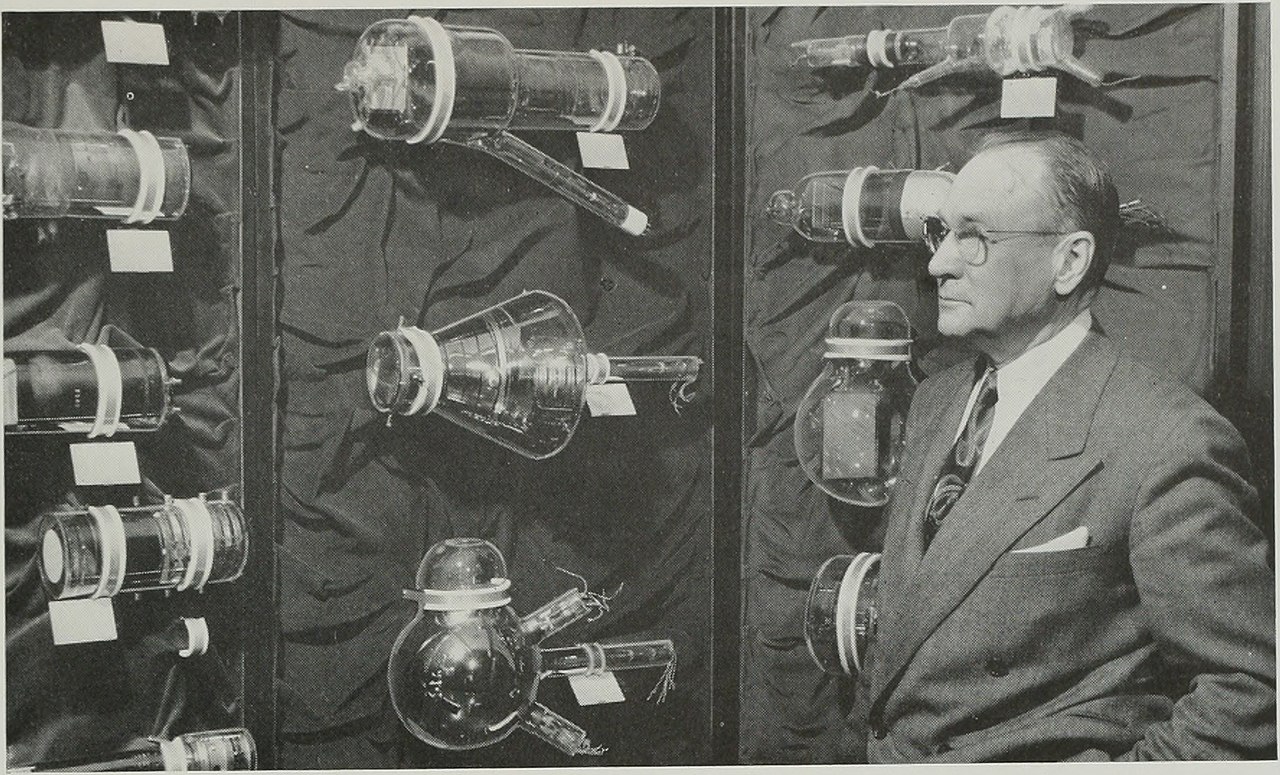 Even though Thomas Sutton had developed the first camera to use single-lens reflex (SLR) technology in 1861, the technology behind them was complex for 19th-century camera manufacturers. The SLR cameras were essential for those with money who were serious about photography. The first 35mm SLR was “Filmanka,” which came out of the Soviet Union in 1931. Germany and the Soviet Union were the main brains behind the earliest SLR cameras but Japanese SLR cameras soared in popularity after 1945.

In 1943, Edwin Land was on holiday with his family when his daughter asked why she couldn’t see the picture he’d just taken of her. Her innocent question helped Land dream up the idea of an instant camera, the same day. And when his camera hit the stores only five years later in 1948, it was the first time in history that consumers could snap and instantly develop film for themselves. 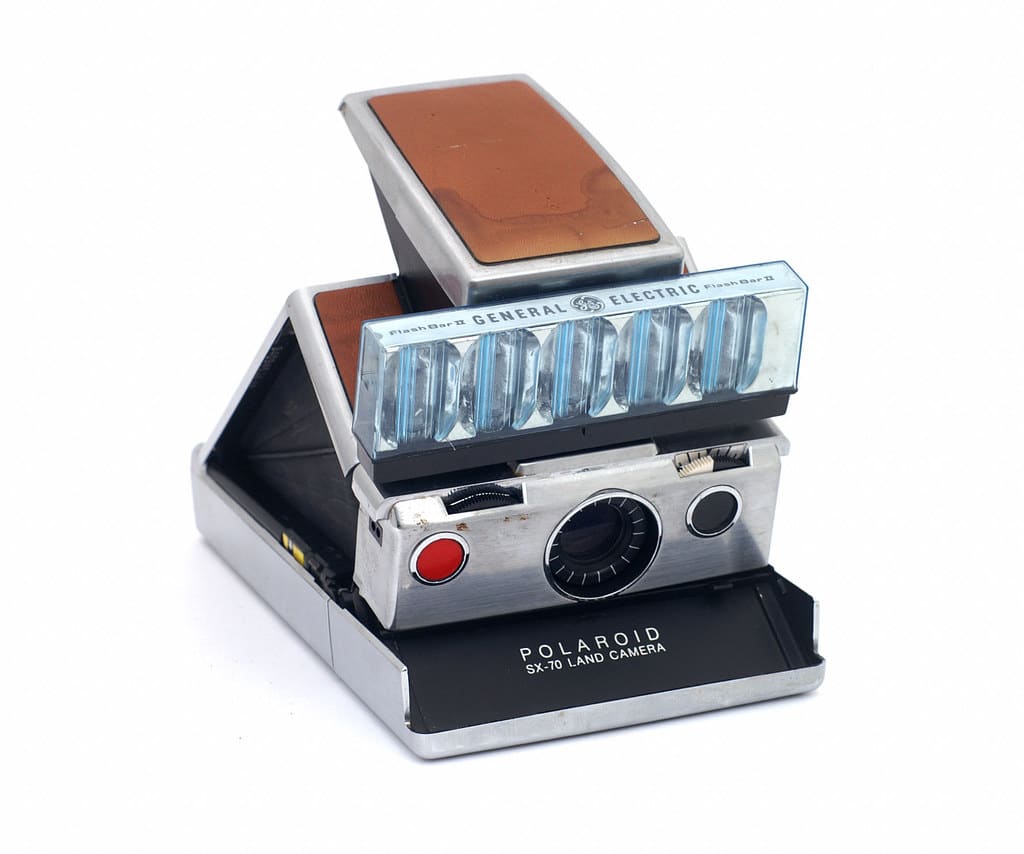 The first ever digital camera was a prototype developed in 1975 by Steve Sasson, a young engineer from Eastman Kodak. He used Motorola parts, some newly available Fairchild CCD (Charged Coupling Device) electronic sensors and a camera lens. The resulting device weighed over 4 kilograms and took a whopping 23 seconds to record monochrome pictures onto a digital cassette tape. It was Fairchild, the developer of that CCD sensor used by Steven Sasson, who developed the first commercially available CCD camera in 1976 as a tool to inspect Proctor and Gamble products. 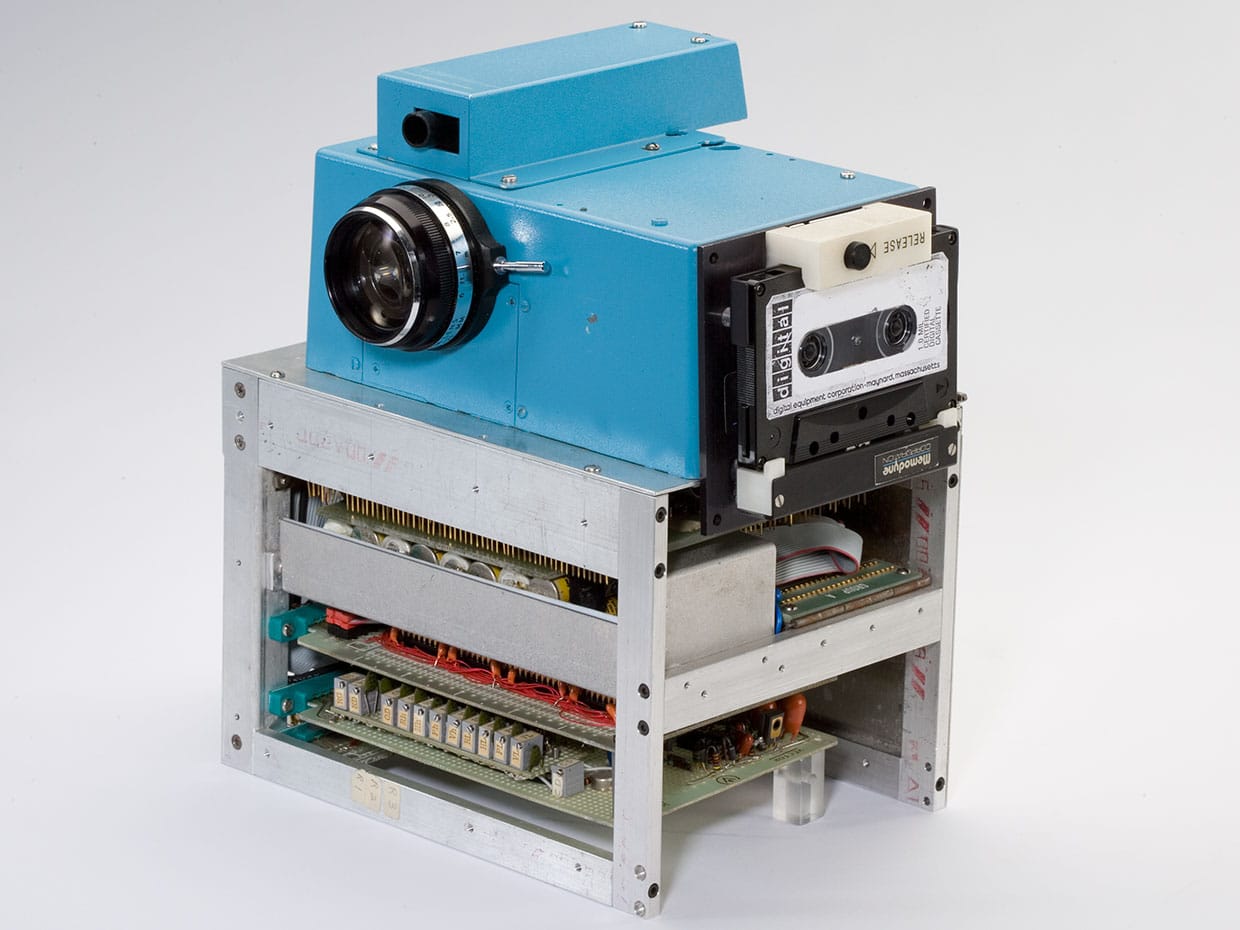 The working principle of a CMOS (complementary metal oxide semiconductor) image sensor was initially conceived in the latter half of the 1960s but the device was not commercialized until microfabrication technologies became advanced enough in the 1990s. The first CMOS sensor was developed by Eric Fossum’s team at the NASA Jet Propulsion Laboratory in 1993. Sabrina Kemeny, a member of the JPL team, stepped away from NASA in 1995 to co-found Photobit Corporation for the purpose of commercializing CMOS image sensors. Eric Fossum and Barmak Mansoorian, another member of the team, soon joined her. By 2007, sales of CMOS sensors had surpassed CCD sensors. Image sensors built into today’s digital cameras and mobile phones mostly use CMOS technology. 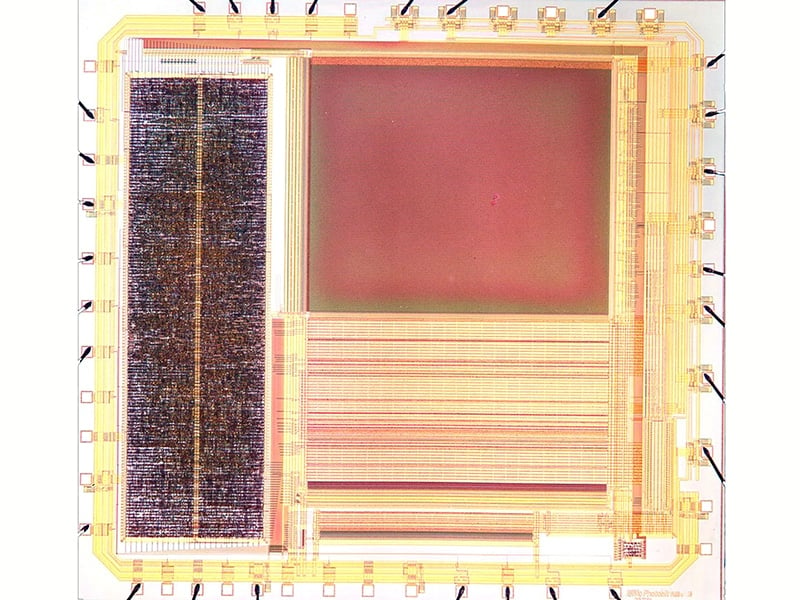