Anatomy of a Machine Vision System

Each component in a machine vision system plays an important role in fulfilling the overall purpose of the system which is to help machines make better decisions by looking at the outside world. Fulfillment of this purpose requires orderly positioning of the components such that the flow of information starting from capturing of light to delivering and processing a digital image can be facilitated.

The following image shows the positioning of each component. Each component mentioned in the image is discussed in detail below.

When a camera captures an image of an object, what it’s really doing is capturing the light that the object has reflected. The degree to which light is absorbed or reflected is dependent on the object’s surface whether it is transparent, translucent or opaque.

In order to make sure the camera is able to capture all the details required for analysis, machine vision systems need to be equipped with proper lighting. Various techniques for engineering lighting in a machine vision system are available based on the position, angle, reflective nature and color spectrum of the light source. These are:

A lens is a device that magnifies a scene by focusing the light entering through it. In simple words, a lens allows the camera to see the outside world clearly. A scene as seen by the camera is regarded as in focus if the edges appear sharp and out of focus if the edges appear blurry. It is important to note here that lenses used in machine vision cameras often have a fixed focus or adjustable focus whereas lenses used in consumer cameras for example DSLR and Point & Shoot cameras have auto-focus. Angle of View (AoV), Field of View (FoV), Object Distance, Focal Length, Aperture and F-Stop are some of the terms often used when categorizing lenses. Below is a brief explanation of these terms:

1. Entocentric / Endocentric lens – These lenses come with a fixed focal length and are the most common lenses used in machine vision cameras.

A protective case that contains a lens mount, an image sensor, a processor, power electronics and a communication interface is what is referred to as a camera in machine vision.

At the core of any camera lies an image sensor that converts incoming light (photons) into electrical signals (electrons). An image sensor is comprised of exposing arrays called “photodiodes” which act as a potential well where the electromagnetic energy from photons is converted into micro-voltage. This voltage is then passed to an Analogue-to-Digital Converter (ADC) which outputs a digital value. Image sensors available in the market can be categorized based on the physical structure (CCD/CMOS), pixel dimensions (Area Scan/Line Scan), chroma type (Color/Mono), shutter type (Global/Rolling), the light spectrum (UV/SWIR/NIR) and polarization of light.

Ethernet is a Local Area Network (LAN) technology that was introduced in 1983 by the Institute for Electrical and Electronic Engineers (IEEE) as the 802.3 standard. IEEE 802.3 defines the specification for physical layer and data link layer’s media access control (MAC). Ethernet is a wired technology that supports twisted pair copper wiring (BASE-T) and fiber optic wiring (BASE-R). The following tables below mention various Ethernet networking technologies based on their speed and cable/transceiver type.

Universal Serial Bus (USB) standard was first released in 1996 and is maintained by the USB Implementers Forum (USB-IF). USB was designed to standardize the connection of peripherals to personal computers. USB can both communicate and supply electric power to peripherals such as keyboards, mouse, video cameras, and printers. The below table mentions various USB standards and their speeds.

CoaXPress(CXP) is a point‐to‐point communication standard for transmitting data over a coaxial cable. The CoaXPress standard was first unveiled at the 2008 Vision Show in Stuttgart and is currently maintained by the JIIA (Japan Industrial Imaging Association). Below table mentions various CXP standards.

Camera Link is a high bandwidth protocol built for parallel communication. It standardizes the connection between cameras and frame grabbers. Camera Link High-Speed (CLHS) evolved from Camera Link and was first introduced in 2012. It delivers low-latency, low-jitter, real-time signals between a camera and a frame grabber and can carry both the image and configuration data using for both copper and fiber cabling. 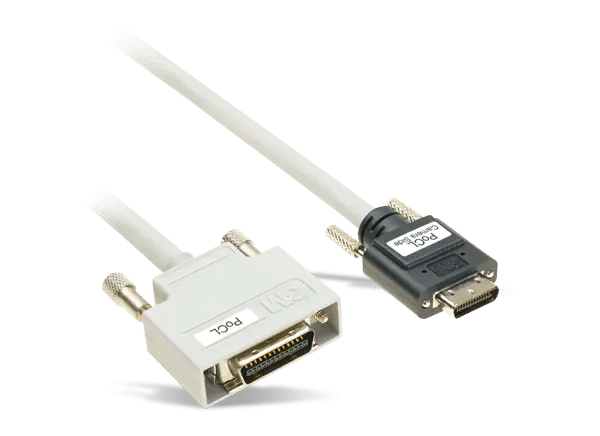 The processor inside a machine vision camera is usually an embedded processor or a field-programmable gate array (FPGA) which runs a model-specific firmware. This firmware is responsible for reading the pixel values from the image sensor, implementing image sensor features, processing pixel data to create a full image, applying image enhancement algorithms and communicating with external devices to output a complete image.

The processor inside a camera is constrained to minimize power consumption and reduce heat generation. As a result, it is limited in its processing capability when it comes to handling very high frame rates and outputting post-processed images at the same time. To post-process large amounts of image data coming from a very high frame rate sensor, it is preferred to send this data to an external system for processing instead of using resources from the camera processor. Various systems used in the post-processing of images are:

The three categories of imaging software in machine vision are: 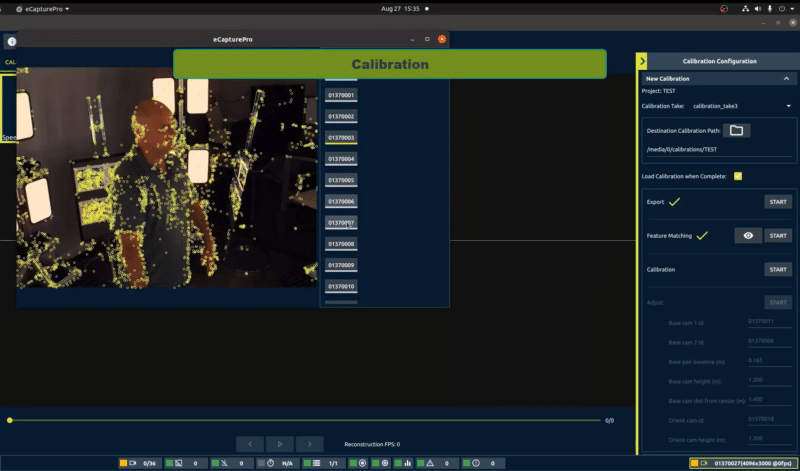