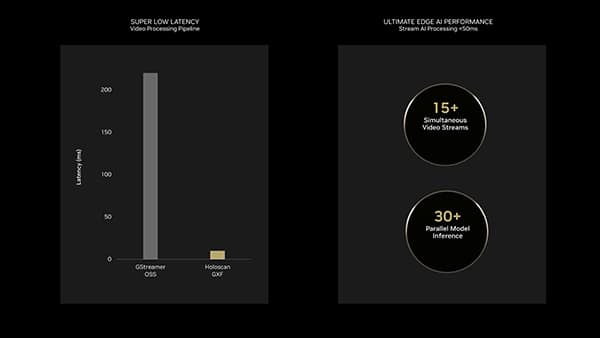 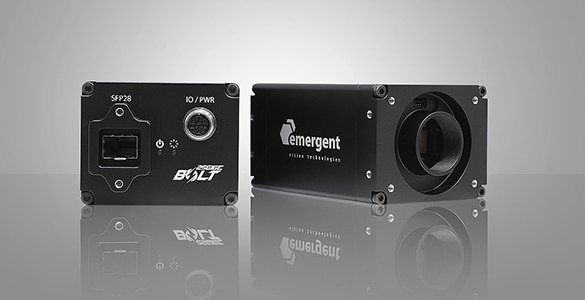 Through its high-speed 25GigE SFP28 interface, the HB-9000-G reaches frame rates of up to 290 fps at full 4200 x 2160 resolution. The HB-9000-G features Gpixel’s 9.07MP GMAX2509 CMOS image sensor while also offering the low-latency and low-jitter capabilities that are crucial to NVIDIA’s Clara Holoscan SDK.

In this application, NVIDIA leveraged the ConnectX SmartNIC and NVIDIA Rivermax SDK with GPUDirect RDMA that bypasses the CPU to enable high-speed camera input. Doing so allowed for high-speed Ethernet output of data from the cameras into the AI system, which resulted in unmatched performance for edge AI, according to NVIDIA. The company demonstrated this capability by integrating Emergent cameras with Clara Holoscan, and the results spoke for themselves.

Traditional GStreamer and OpenGL-based endoscopy pipelines have an end-to-end latency of 220 ms on a 1080 p 60 Hz stream, but the Clara Holoscan high-speed pipelines delivered an end-to-end latency of only 10 ms on a 4K 240 Hz stream. Furthermore, the NVIDIA team achieved a latency as low as 8 ms by leveraging the NVIDIA IGX Orin edge AI computing platform. When streaming data at 4K 60 Hz at less than 50 ms on the IGX Orin, it’s possible to run 15 concurrent AI video streams and 30 concurrent models.